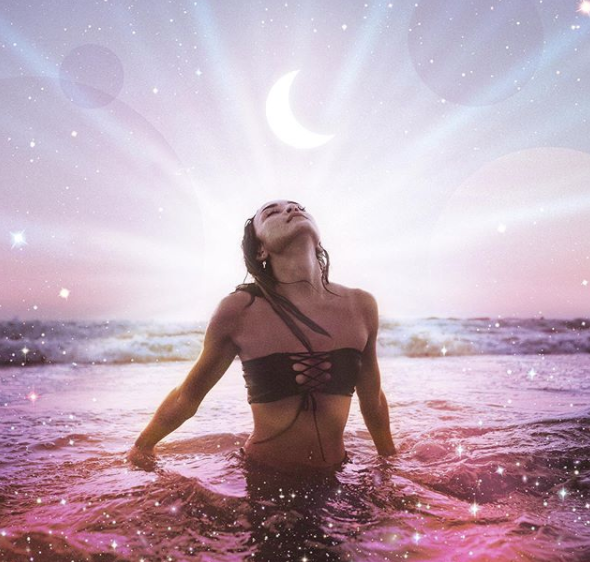 With last month’s new moon/solar eclipse at the first degree and this one in the second-to-last degree, there’s a sense of coming full-circle. Whatever intentions we set around the solstice, this new moon presents a second chance to dive even more deeply into Cancerian themes.

This includes our sense of home, how we go about creating a safe and sacred space for ourselves and others. Whether it’s the family you were born and raised in, or one you’ve chosen or created for yourself, there’s an emphasis on knowing where and with whom we belong.

It’s also about connecting with our roots. Studying history or genealogy, honoring our ancestors and cultural heritage, or simply reminiscing about our childhoods can all help to support and sustain us in uncertain times.

What Does the July New Moon in Cancer Mean?

Still, there’s an important distinction to make between honoring the past and living in it. With this new moon opposite retrograde Saturn in Capricorn, we can severely limit our future possibilities by fixating on how things have “always” been. Perhaps we’re resigned to thinking that the way things are right now is “just the way it is.” But this isn’t necessarily true. While we should be realistic about the limits of any given situation, what we can accomplish by working creatively within those limitations is largely up to us.

To do this, though, we might first require an attitude adjustment. A quincunx between the Cancer moon and Sagittarius south node puts our best intentions for the future ill at ease with the conditioning of our past. As open-minded as we think we are, we can get defensive when faced with new ideas and information that seem to cast doubt on our particular experience of the world.

But if Mercury’s retrograde in Cancer (June 17-July 12) taught us anything, it’s that our understanding of the past should never be set in stone. Many of us have had to take an honest look back at our personal or collective “good old days”—and possibly, admit that they weren’t good for everyone. Now that Mercury is moving direct again, our focus has shifted toward finding better ways of caring and connecting in the here and now.

It’s a vulnerable time, for sure—especially with Mercury squaring retrograde Chiron in Aries the day after this new moon. In a way, we’re all kind of like newborn babies right now, as we’re learning whole new ways of relating to each other. Inevitably, we’re going to get it wrong sometimes. So let’s be gentle, choose our words with care, and make more of an effort to call each other in, not just call each other out. As Mercury also sextiles Uranus in Taurus on July 22, we can make unexpected connections—but only if we’re willing to put judgments and preconceptions aside.

This is key, as retrograde Jupiter in Capricorn and retrograde Neptune in Pisces build toward their second sextile of the year (exact on July 27). It’s all too easy to believe things simply because we want them to be true. But all this really gives us is a false sense of safety and security. Instead, take this opportunity to find a new sense of faith that’s rooted in actual reality: Faith in ourselves, each other, and all the ways we can learn and grow together.
Read on for your sun and rising signs to learn more about what this eclipse means for you. 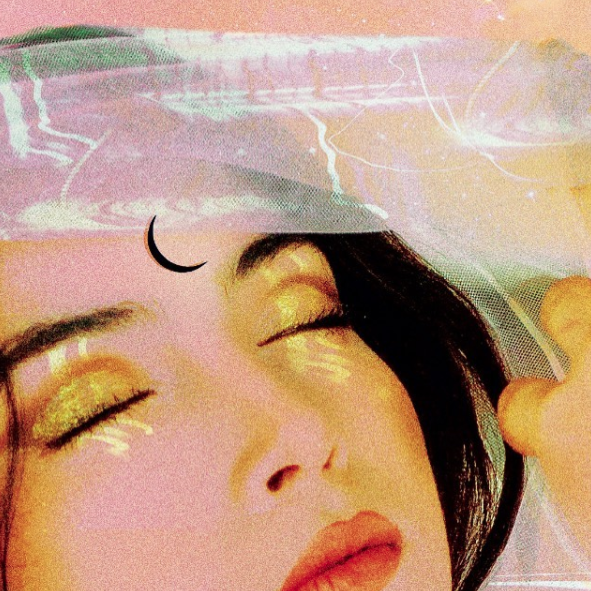 Horoscopes for the July new moon in Cancer

Baby steps, Cancer! After a period of solitary reflection, this new moon finds you tentatively venturing out. Chances are, you have something new and meaningful to share with others. But it may take a while before you feel totally comfortable putting yourself out there. Take all the time you need.

Lockdown is over, Leo! You’re done suppressing your sensitive side. But at this new moon, the real self-discipline begins: Knowing when, where, and with whom it’s safe and appropriate to show vulnerability. Be gentle with yourself, though, as it’s probably something you’ll learn through trial and error.

“If you see something, say something.” Lately, Virgo, you’ve seen some things that you’ll never be able to un-see. And at this new moon, you feel responsible for speaking up and acting on them. Keep your focus on what you can do within your own circle of influence.

“Protecting” vs. “policing”: For you, Scorpio, this isn’t only a question of social justice. It’s also an important distinction for you to make in your attitudes toward others. As concerned as you may feel, you might have to trust that—like you—others are capable of making the right choices.

“No judgment,” Sag? It’s a great idea in theory, but not always easy in practice. Especially when you’re faced with someone who seems to contradict every value you hold dear. But giving them the cold shoulder is unlikely to win them over. At this new moon, warmth is the way.

Missed connections can be so frustrating, Capricorn. But even if your first attempts at reaching out have come back empty-handed, it may be premature to give up. Before going back to your self-isolating ways, this new moon urges you to give it at least one more try.

Self-care doesn’t equal self-indulgence, Aquarius. In fact, it takes a lot of discipline to consistently do what supports and sustains your own wellbeing. But at this new moon, perhaps the most challenging discipline of all for you is replacing overly critical or punishing self-talk with gentler, kinder words of encouragement.

What’s more important than finding your voice, Pisces? Knowing—and believing in—what you have to say. You can’t always predict or control how your message will be received. But if the energy and intention behind it are pure, others are likely to respond in good faith.

There’s no need to include everyone in your circle of trust, Aries. But you shouldn’t go out of your way to exclude people, either. It may seem like someone’s trying to take your place, but at this new moon, it’s more likely they’re just looking for their own.

Some ideas are like a fine wine, Taurus: They get truer and wiser with age. But others are more like fast food. Whatever nutritional value they originally had, they lose their flavor pretty quickly. At this new moon, be a connoisseur at distinguishing the timeless ideas from the outdated ones.

Name it and claim it, Gemini! You’re finally feeling secure enough to identify and advocate for your needs. But if your own needs aren’t being met, chances are that others aren’t being taken care of, either. At this new moon, look for strength (and safety) in numbers.