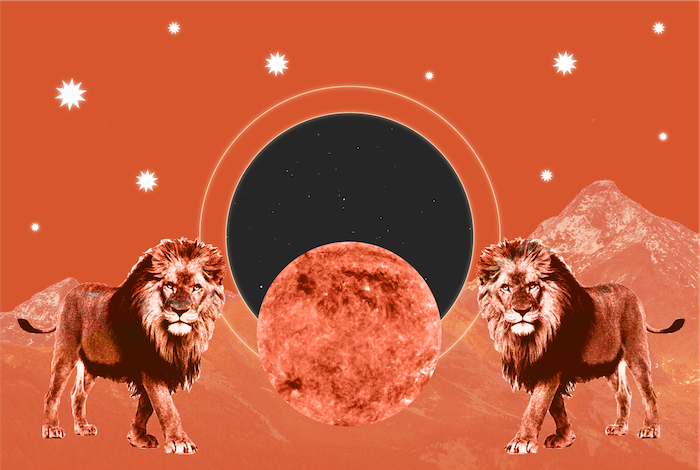 And it just so happens to be one of the best times for manifestation, according to our Senior Astrologer Narayana Montúfar. Here’s why.

What Is the Lion’s Gate Portal?

The Lion’s Gate Portal occurs when the star Fixed Star Sirius, Earth and the Orion constellation are all aligned in the sky.

“The reason it’s called the ‘Lion’s Gate Portal’ is because it happens during Leo season,” Narayana says. “It’s a time of the year where the magical vitality of the sun (the natural ruler of the zodiac sign Leo) is at an all-time high.”

Solar energy is vital when it comes to the practice of manifestation, as it brings the creative power of the element of fire, she says.

The Lion’s Gate Portal officially opened on July 28, when the opportunity-bringing new moon was in magnetic Leo.

This year, the portal will close on August 9, as this event is strongly aligned to numerology and the Angel number 8/8: August 8.

READ MORE: Leo Moon in the 12th House: What It Means

Meaning of the Lion’s Gate Portal

Despite the Lion’s Gate Portal being a new-agey creation, it’s not widely admitted in today’s astrology. Interestingly, the portal’s concession is predicated on ancient Egyptian cosmology.

Egyptians studied the cosmos without modern luxuries we have now: apps, calendars, telescopes. Instead, they channeled the energy of the planets and stars by noticing when they became visible in the sky, Narayana says.

“Ancient Egyptians knew the Fixed Star Sirius extremely well and based a lot of their ceremonies and lifestyles around the time Sirius became visible, which happens in the late summer—around August 8,” she says.

Naryana also notes that the Lion’s Gate Portal opens when the Constellation of Orion is aligned with the Pyramids of Giza, which creates a trinity of alignments.

In spiritual practices, 8 is a special digit. As August is the eighth month of the year, the Lion’s Gate Portal is symbolic in numerology.

“For starters, eight is the number of infinity and magic,” Naryana says.

Think of the Magician card in Tarot. It’s one of the most fortunate, important cards, she says, with the number eight positioned sideways at the top of the magician’s head itself.

“The involvement of the number 8 in Tarot helps us realize that this number brings big manifestation vibes to the mix, making August 8 a powerful day for setting intentions,” she says.

Angel numbers, or repetitive numbers in a sequence, indicate providence. Having “8” as the month and day the Lion’s Gate Portal closes doubles the power of this number, she says.

READ MORE: How to Channel Spirits

The spiritual meaning of the Lion’s Gate phenomenon comes from the involvement of Sirius—as this star is known as the “spiritual sun of our sun,” Narayana says.

Possibly one of astrology’s best-kept secrets is that Sirius and the sun—our solar system’s very own star—are actually in a binary relationship. “Basically, they are sister stars: constantly getting closer together and apart because of their shared gravity motion,” she says.

During periods of time in which Sirius gets closer to Earth, it’s believed humanity experiences a surge of higher consciousness.

Every year, the Lion’s Gate Portal is initiated when the new moon is in Leo. This lunation unites the power of our luminaries—the sun and the moon—in the sign of the Lion.

“In astrology, Leo has a connection with the energy of the Lion, the king of the jungle, which brings a regal energy of courage and pride” she says.

New Moons are always preferential for manifestations, but reciting affirmations while solar and lunar energies are magnified is efficacious.

While the portal is active, it’s also an auspicious time for meditation.

When it comes to harnessing the power of the portal, meditating on images of the sun, Sirius and the archetype of the Lion helps us attune to its vibration, Narayana says.

Yellow crystals (such as citrine and amber or even gold), herbs (like mugwort) and botanicals (like sunflower and marigold) are her go-to tools for manifestation during this time.

“Meditating under the sun can also help, as it will also be crucial to get in touch with our creativity, as Leo is one of the most creative signs,” she says. “Stars respond better when their assigned sigils are drawn (shown below Sirius, top, and Regulus). Incorporating these into our rituals is also key when it comes to getting the attention of these two potent stars!”

When does the Lion’s Gate Portal close?

The Lion’s Gate portal closes on 8/8.

What should you do during Lion’s Gate Portal?

“During the days leading to August 8, it’s important to bring into your meditations all the crystals, herbs and tools that relate to the energy of Leo, the sun and the star Sirius,” Narayana says.

It also helps to know where the zodiac sign Leo is in your chart, which you can find out here. Setting intentions around this area of your life will help the manifestation vibes to flow in more easily, she says.