When the Nine of Wands is upright in a Tarot reading, it might be a sign to proceed with caution because there is every possibility of being hurt, either physically or mentally. Defensiveness is natural if you have been hurt, but the trick is not to be bitter. You now need to be more watchful. As you have been through travails, you have become stronger as well. Strength and stamina are other aspects of the Nine of Wands. As a fighter, you need to be tough and have the inner stamina to persist, come what may. This is the spirit of this card. The Nine of Wands wants you to keep going despite all odds. Do not give up, whatever the opposition. You have within you the strength to overcome. And yes, you could get hurt. You may have gone through rough times and gotten hurt, but you are still not defeated! Another quality of this card is resilience. Despite setbacks, you persist. You need to keep on going, irrespective of everything.

Open your heart to the love that awaits! Get a Free Reading

When the Nine of Wands is reversed in a Tarot reading, it might mean you or someone else is being incredibly stubborn. It can also represent physical or mental weakness and fretting over past actions. Would you be better served by compromising or letting things go?

The Nine of Wands in a love Tarot reading can mean things are a little difficult right now. If you're in a relationship, it might mean you're having some issues with your partner. Maybe one of you was negatively affected by a past relationship and is now bringing a lot of baggage into the current one. If you're single, you might be carrying around past hurt and be unable to move on. 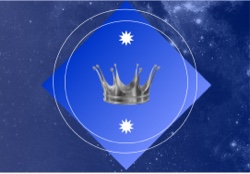