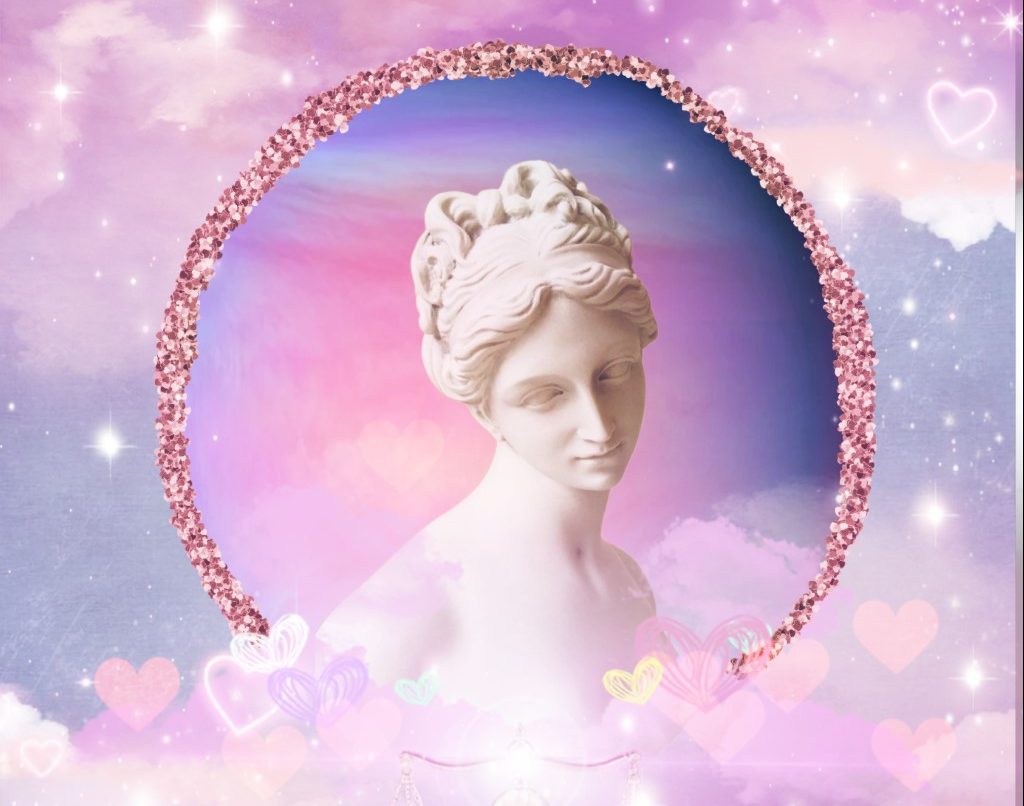 Welcome to fall! As we adapt to the new season, there’s a feeling of imminent change in the air. Because of their retrogrades, Saturn and Uranus have come closer together once again. While their square doesn’t totally perfect this time, its change-inducing influence is quite active, especially with Uranus being so close to the North Node of Destiny. Once again, the structures of our lives are up for renewal—but first, they will have to collapse. This process, at some level or another, has most likely been in place.

Even though we are in Libra season, instead of feeling social, we are swimming in a deep introspective vibe. A total of nine planetary bodies are in retrograde, putting the focus on our inner lives. Mercury is the first one to go direct—however, as it stations direct on October 2, it will be opposing Neptune. This means that the fog that has been clouding our minds will take longer to dissipate. While Mercury begins to move at its normal speed on October 5, Neptune’s dreamy and drifty vibe won’t really go away until October 10, which is when Mercury enters Libra.

Luckily, four other planetary bodies go direct in October, slowly bringing back a faster pace of life. On October 5, asteroid Vesta goes direct in Aquarius, bringing back our devotion to spiritual practices as well as our activism. Next, Pluto goes direct in Capricorn. This brings back our sense of power and ends five months of deep psychological inner work.

On October 22, Saturn goes direct in Aquarius, bringing back lessons around the new foundations we are building collectively and personally. Then lastly, asteroid Juno goes direct in Pisces, renewing our thirst to merge with one another at a very deep, soul level.

A Focus on Relationships

Relationships remain a theme in October with Venus traveling very close to the sun during the entire month. Most of this month-long journey happens in Libra, a sign that Venus rules, making the goddess of pleasure even stronger than the actual sun (the sun is in fall in Libra). Let’s just say it: Venus in Libra is by far the highlight of our month, and we should use it to heal any remaining Mercury retrograde wounds in our relationships (pro tip: here’s your tailored guide to surviving this retrograde).

According to astrologer Desiree Roby Antila, author of Sun Signs in Love, “Not only do several planetary bodies in retrograde begin going direct—but we can expect to feel a sense of balance beginning to be restored. Libra season is all about focusing on relationships and partnerships—romantically, friendly, and professionally. It’s a great time to use the cardinal energy of Libra to collaborate with existing connections, but also a sparkling time to make new ones as well. We will especially feel this when Venus moves into its home sign of Libra from September 29 to October 22, where it will conjunct the sun, oppose Jupiter in Aries, and trine its lover Mars in Gemini, bringing us a season of autumnal love.⁠”

There will be a bump along this sun-Venus journey, however, which occurs at the October 9 full moon in Aries (which occurs at 1:55 p.m. PT). Chiron, the Wounded Healer, comes into play at this lunation, reawakening old insecurities around relationships. As with all Chiron transits, the only way is through! Face your relationship shadow and you will alchemize it into power!

Another reason why October brings imminent change is due to the arrival of eclipse season, which kicks off the day the sun enters Scorpio, on October 23. Scorpio season is always interesting, bu,t this year, it packs a punch, as it will reactivate the Saturn-Uranus square mentioned above.

The first eclipse of Scorpio season arrives on Tuesday, October 25 at 3:40 a.m. PT. This eclipse involves Venus, with the goddess of love now in Scorpio, a Mars-ruled sign. Information about power, relationships, and money will be hidden or come to light around this time. And any toxic relationships that have managed to survive will now begin to show their true colors. A friendly reminder that the effects of eclipses are non-negotiable, karmic events—they are moments of huge surrender!

Mars, the ruler of the eclipse, will be forming a Grand Air Trine with Saturn now direct in Aquarius and Mercury in Gemini. Big karma from the past is at play now, so trust that what’s happening now is fair. The vibes will be more than intense, as Scorpio’s alchemizing nature will be at play, bringing huge transformation for planets in fixed signs (Taurus, Leo, Scorpio, and Aquarius).

Another component of the intensity of this month’s eclipse is that Mars will also station retrograde this week, on Sunday, October 30 at 6:26 a.m. PT—just in time to make your Halloween festivities extra spooky! We have been feeling the effects of Mars retrograde for quite some time, as it entered its pre-shadow on September 3.

Mars retrogrades are the rarest of them all, happening only once every two years. This time, Mars will retrograde in Gemini, reporting to Mercury for a total of six months! While Mars retrogrades are frustrating, they are the perfect antidote for burnout! Until January 12, we will all be forced to slow down, as productivity will tank. This puts no pressure on writing New Year’s resolutions, as we will be in a deeply transformative state to welcome 2023.

To make the best of this retrograde, feed your mind with positivity by learning something new, exercise on a regular basis—and, most importantly, watch your mouth!

Another big shift occurs on October 27 as Jupiter, the protector planet, leaves Aries to enter Pisces in retrograde motion. This is a somewhat rare movement that could feel like floating in suspended animation. Earlier in the year, Jupiter visited Pisces from May 13 to July 28, so we can expect some themes from that time coming back for closure. Jupiter will remain retrograde in Pisces until November 23, bringing a month that is ideal for focusing on creativity, resting, and getting lost in a fantasy world.