In astrology, Pluto is the God of the Underworld. As the modern ruler of Scorpio, it symbolizes how we experience power, sex, death, renewal, rebirth, and hidden or subconscious forces.

Sometimes, Pluto appears to move backward in the sky; this visual backward motion is known as Pluto retrograde. Pluto stations retrograde once every year, spending nearly half of the year retrograde; these transits normally last between five and six months. During these retrogrades, Pluto recovers approximately three degrees. Overall, Pluto spends about forty percent of its time in retrograde.

Pluto is a brutal master. He is unrivaled in his ability to break down structured existence, which is what most folks mean to say when they invoke that holiest of terms, 'transformation.' If Uranus breaks and Neptune dissolves, Pluto destroys; he is an atomic bomb to Neptune's mists and Uranus' lightning bolts.

Pluto's less than savory associations are many, covering everything from society's underbelly to death, abuse, control, meaningless loss, and the resulting existential crises. Pluto transits, including Pluto's retrograde transits, can deliver us to and from the brink of our subconscious, suspending us above the yawning chasms of our deepest, darkest selves. Most of us have areas within us where this dark stuff churns, that inner compost pile where we send the unpretty thoughts to lie still and be quiet....

When Pluto retrogrades, we are given an opportunity to dive below the surface and better acquaint ourselves with this psychic, subconscious material. Because Pluto is an incredibly slow-moving planet, transits from Pluto to a natal planet may last three years or more. This is one key reason that Pluto retrograde transits are important—very easily, Pluto transits can dominate entire years of our lives. If one of our natal planets is caught in the cross-hairs of Pluto's retrograde stations, the effects may be particularly intense and long-lasting.

Pluto Retrograde in the Natal Chart

Since Pluto spends roughly one half of the year in retrograde, there's a good chance you may have Pluto retrograde in your birth chart. Retrograde planets in the birth chart are sometimes described as being unable to fully express themselves or having oddball, round-about ways of manifesting their influence. Just as common is the idea that retrograde planets in the natal chart only begin to emerge successfully later in life after much introspection and adjustment.

Fast-moving planets were interpreted as being active and able to bring about their significations, while slow-moving planets, like ones in retrograde, were deemed too sluggish to do their job properly. It is worth noting that the outer planets Uranus, Neptune, and Pluto, had not yet been discovered when the ancient astrologers were drafting their opinions on retrograde planets.

In general, Pluto retrograde in the natal chart is considered less impactful than a retrograde personal planet, such as Mercury or Venus. The effects of natal Pluto retrograde gain more potency if Pluto forms strong aspects to other planets or points, particularly the sun, moon, and ascendant.

Part of Pluto's unenviable remit is to introduce us to the bleaker realities of life, like death and rebirth, destruction and regeneration. All things, even particularly good things, people, and places, must meet their end, eventually. While our joys can be plentiful, none of us escape scotch free from the grip of pain and loss as we navigate through life.

A prominently placed Pluto, whether direct or retrograde, may afford one a deeper, more acute relationship with the kinds of shadowy material that Pluto embodies (and which most sensible folks avoid). Less helpfully, with Pluto's connection to power and control, someone with Pluto retrograde may be less able to express their power effectively and may find themselves more likely to shrink back when confronted. Over time, those with Pluto retrograde in the natal chart may become more able to integrate the intensity of their personalities. 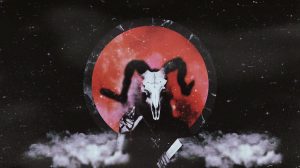