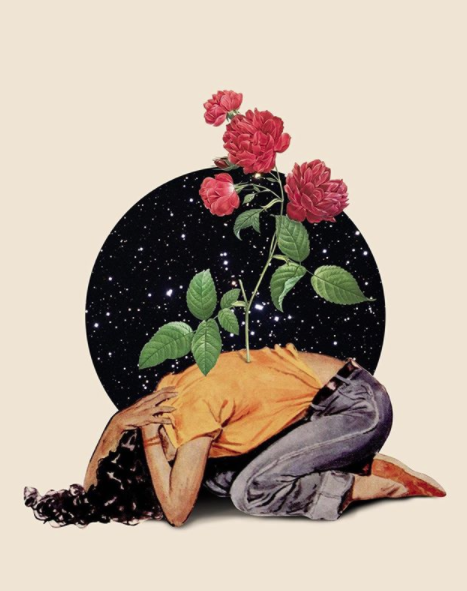 Out of 2022, August is one of the most important months to pay attention to astrologically speaking. On August 1, we enter the month under the triple conjunction of Mars, Uranus, and the Lunar North Node of Destiny. While this conjunction is feared by many due to the volatile influence of both Uranus and Mars, it can also be read as a huge opportunity to move in new directions.

Considering this conjunction will never happen again in this sign in our lifetime, the actions we take now to abandon the old and welcome the new could and will have very positive consequences for our growth and expansion—not only in August, but until April of 2026, which is when Uranus leaves Taurus. Fortune favors the bold now, and, luckily, August provides enough tension to wake us up from boredom or stagnation. The sudden changes that happen now, at the beginning of August, can be turned into huge opportunities, if only we dare to make big, bold, and radical changes and moves.

As we enter the month, the luminaries provide fertile ground for us to plant the seeds of new creative projects. The moon is waxing in light, creating the proper terrain for manifestation to occur. The sun is in Leo, shining its light on new paths and possibilities, as it gets closer and closer to square Uranus (exact on August 11).

However, both Mars and the sun are also squaring Saturn on August 7 and August 14, respectively. As we begin to walk new paths, there are still people or situations from the past actively preventing us from truly setting our minds to the future. However, let’s remember that in astrology, this tension is seen as the necessary fuel to wake us up from complacency. While issues or themes around authority figures might make us worry about the consequences of our actions, at the end of the day, the Uranian influence of freedom and liberation is set to win.

A Full Moon in Aquarius

This month’s full moon happens in Aquarius, bringing to a climax some of the themes that have been prevalent since the beginning of 2021. Happening on Thursday, August 11 at 6:36 p.m. Pacific Time, this lunation highlights the ongoing square between Saturn and Uranus that has greatly changed the foundations of our lives. Imminent change will happen, as some of the strongest forces in our solar system collide with one another, releasing pent-up energy that has been remaining under the surface.

At this full moon, the moon is sitting next to Saturn, while both of the luminaries are creating a Fixed Grand Cross with Uranus, Mars, and the Lunar Nodal Axis. Destiny and fate play a role here, and whatever happens is non-negotiable. While every single sign will feel this full moon intensely, fixed signs (Taurus, Leo, Scorpio, and Aquarius) will feel it the most. The Universe has been sending messages, and those who haven’t acted on this obvious call could suddenly have to make tough decisions at this time. This intensity will begin to slowly fade once Mars enters Gemini on August 20, followed by Uranus going retrograde on August 24.

“August starts on a rocky note, due to the Taurus stellium. When Mars, Uranus, and the North Node of Destiny connect, it’ll be hard to let go of the past and evolve. The good news is that Mars’ entrance into Gemini gives us the flexibility to move forward—even though we are still adjusting to the wild and sudden changes at hand,” says Lisa Stardust, author of the Love Deck. August 20 is a big day in the sky as Mars—the planet of drive and assertion—enters Gemini, where it will stay for the rest of the year.

This planetary ingress is a big deal! Mars rules the way we show our masculine energy and the way we go after our desires. While Mars tends to stay in each zodiac sign for six weeks, it will stay in Gemini until March of 2023, due to its upcoming retrograde motion in the fall. As it enters Gemini, Mars will activate our ability to change our minds, something that will be crucial to making the best of this month’s astrology. Instead of digging our heels, we will be able to compromise and see the many truths surrounding any issue or situation that comes up for us now.

This planet-sign combination also means that our words, written or spoken, gain incredible power. All things media, transportation, and communication gain momentum—and will go through an epic transformation during the time Mars goes retrograde, between October 30 and January 12. It will be key to pay attention to what comes up for us, collectively and personally, around this time, as these themes could prevail until the Spring of next year!

A huge energetic shift occurs on August 22 as the sun leaves Leo to enter Virgo. At this time, Venus in Leo will be mimicking the same clashes the sun did earlier in the month. However, with no solar energy activating the Saturn-Uranus square and the Lunar Nodes of Destiny, we will welcome a more relaxed vibration.

Virgo season is always a time of the year in which we search to create balance between mind, body, and spirit. Over the next four weeks, we will put our lives under the microscope to evaluate what are the changes that need to take place in our daily routine so that our lives can work as best as possible. Mercury, the ruler of the sun, will be entering Libra on August 25, bringing us clues into what the upcoming Mercury retrograde cycle will be all about.

Mars, now in Gemini, remains part of the equation at the beginning of Virgo season. At this month’s new moon, happening on August 27 at 1:17 a.m. Pacific Time, the luminaries will be clashing with the red planet. Challenging events or people will force us to defend our goals and desires. However, we will most likely have to compromise to see our goals materialize.