What It Means to Have a Capricorn Stellium 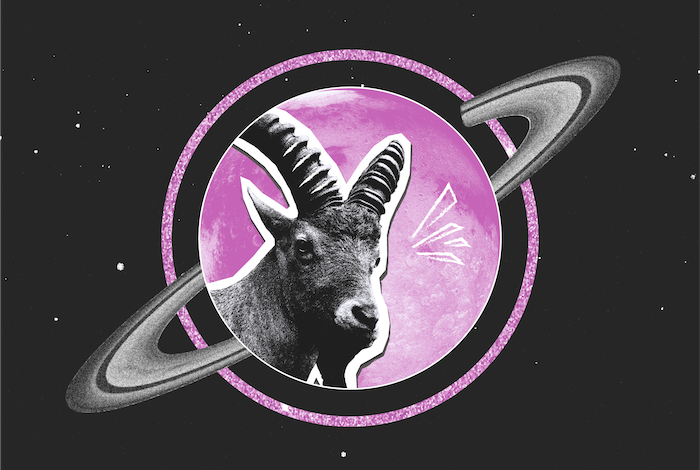 If you aren’t familiar, a “stellium” occurs when you have four or more planets in one singular zodiac sign or House of someone’s birth chart.

According to astrologer Lauren Ash, stelliums show points of intensity in the birth chart. “If you have a stellium in your natal chart, it means that your energy and talents will be concentrated in that area of life,” she says. So, with a Capricorn stellium someone might show a more diligent or dutiful approach in that theme of life.

Now, let’s take a look at what it means to have a Capricorn stellium.

“If you have a Capricorn stellium in your birth chart it can be a gift, or it can become an obsession that takes over your life,” says Ash.

She notes that because of Capricorn’s cardinal energy, this placement can be very productive. But, again, it can also be self-destructive. “With Saturn, the planet that reflects your maturity and sense of discipline, moral obligations, and authority, as their planetary ruler—folks with a Capricorn stellium will often feel as though there’s a delayed gratification or sense of responsibility in the area of life their stellium falls.”

In order to work around this energy, Ash suggests always having a goal in mind and constantly giving yourself plenty of positive feedback. “With a Capricorn stellium, you can feel directionless in life despite being super ambitious,” she explains. “You just need to find something to work toward.”

Since the 1st House rules identity and personality, someone with a Capricorn stellium here might find their sense of self-worth through personal accomplishment and self-improvement.

“People with a 2nd house Capricorn stellium are focused on the material realm like having nice things and will find security through money or career or professional ambitions,” says Ash.

The 3rd House rules interests, hobbies, and the mind. So, with intense cardinal energy in this House of the birth chart, a Capricorn stellium here would suggest the need to express through the written word.

A 4th House Capricorn stellium would indicate a need to find relationships that are long-term and fulfilling. They may also have great attachment to home and family.

“In the sign of Capricorn, a 5th House stellium suggests that you have a great need to let out your unique ideas and creative expressions for the world,” explains Ash.

A 6th House stellium is about work and production. “These people could easily be described as workaholics, especially when this stellium occurs in Capricorn,” says Ash. “These folks are perfectionistic and responsible, and do everything they can to help others around them.”

In the 7th House of relationships and long-term connections, people who have a Capricorn 7th House stellium in this area are likely cautious or reserved in partnership.

The 8th House not only represents secrets and mysteries but also fear and controls. Since Capricorn always enjoys control, this kind of energy in a birth chart might foresee someone’s fear of what they can’t control—particularly as it relates to finances.

According to Ash, this kind of stellium in the 9th House creates someone with the need for freedom and education. “It might mean someone who dedicates their profession to higher education, teaching, religion, or travel,” she says.

This is Capricorn’s favorite place to be! Anyone with a 10th House Capricorn stellium will surely be at the top of their class, CEO of their company, or ruler in the workplace.

Since the 11th House rules friendships and networking, having a Capricorn stellium here might indicate some concentration on navigating social queues in groups.

“With a 12th House stellium, it is possible that you have unconscious issues that you aren’t aware of,” says Ash. “In the sign of Capricorn, there may be unresolved issues around authority figures or feelings as though you were forced to grow up too soon/too young.”

How to Know If You Have a Stellium