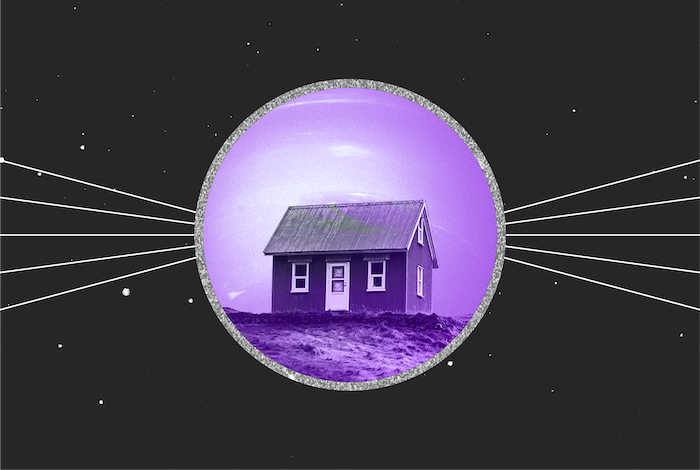 When Neptune is in the 1st House in your birth chart, it brings a sense of disconnect from the self and, instead, a connection with other people. Any other planet in the first house can be both a blessing and a curse, but dreamy Neptune can bring both fantastic highs and disillusioned lows. Let’s look at Neptune in the 1st House.

Any planet in the 1st House has a major effect on your life because of its closeness to your ascendant (rising sign). In the natal chart, planets in the 1st House influence who you are and how you approach the world. In transit, the planet influences the themes of your life during that period.

Neptune, named after the Roman God of the Sea, is an outer planet, a planet outside of the asteroid belt. Because of Neptune’s distance from Earth, Neptune is a planet that is distant from reality.

Known as the planet of “illusion”, Neptune represents dreams, inspiration, imagination, and fantasy. However, it also represents confusion and deception. Associated with the element of water, Neptune is like the mist: because we cannot see through it clearly. Anything is possible with Neptune, but we need to understand the difference between fact and fiction or we could drown.

So what happened when mysterious Neptune is in the outward-facing 1st House? A world of contractions.

In Your Natal Chart

If Neptune is in the 1st House in your birth chart (which you can locate here), the planet has a great influence on your personality, almost as much as your chart ruler. Neptune in the 1st House makes you dreamy, imaginative, and gentle. Watery Neptune makes you a very go-with-the flow-person, usually happy to do whatever the group decides. This can be both a blessing and a cruel as Neptune people attract both kind-hearted, enlightened people, and manipulative takers, so stay on your guard and trust your developing intuition.

Because of Neptune’s attraction to fantasy and the subconscious mind, Neptune in the 1st House creates very artistic people, who can tap into the subconscious mind for their ideas and inspiration. This is usually the placement of musicians, singers, actors, and writers. Creative types who are willing to go deeper and look at life from a unique angle. They can see magic in the mundane.

There is also a deeply spiritual quality in this placement. Whether you’ve grown up in a deeply religious background, or found your own form of spirituality later in life, you’re always looking for something bigger than yourself. The placement may try finding this in drugs, in escapism, in spirituality, in art, but it all leads back to trying to get in touch with your highest self. This placement is on a quest for enlightenment and is willing to go to the depths of their soul to achieve this.

On the flip side, Neptune is a pretty complex planet as it brings a mysterious aura around it. In the 1st House, you may find it hard for people to really get to know you. You might not know yourself. Empathic and fluid, you’re a social chameleon, able to blend in with everyone by creating new personalities. But with so many personas, it’s hard to identify the real you under all of that. They can lead people in these people to feel lost and disconnected. Escapists by nature, they’d rather get lost in dreams, instead of living and facing the challenges that go with them. Extremely sensitive, this placement often feels misunderstood and can cling to anyone who claims that they “get them”, which can often put them into the wrong hands. Always be aware of energy vampires who can zap your energy.

At their best, Neptune in the First House is creative, spiritual, mystical, and idealistic. At their worst, they can be irrational, overly sensitive, distant, and escapists.

It takes 14 years for Neptune to move through one sign, so if Neptune enters your 1st House, expect it to be there for a while. During this transit, you get the best and worst that Neptune has to offer. You’ll be extra charismatic, creative, empathic, and intuitive. But you’ll also be easier to manipulate and might not have a clear sense of self. If this transit happens during your teen years, you may have a rough time “figuring yourself out.” If this happens during mid-adulthood, expect an identity crisis as everything we thought we knew about ourselves gets washed away and we’re left adrift.

Neptune moving through the 1st House is a very spiritual time as we look to connect with our higher self. People who come from deeply religious backgrounds might leave organized institutions and go on a different spiritual journey. Some may become closer to their spiritual beliefs. This is also a period of increased intuition as you become more connected to the spiritual realm. This is also a very creative time as you experience life through an artistic lens.

Despite a potential identity crisis and feeling a sense of disconnect from reality, Neptune in the 1st House is an optimistic placement as we discover that all things are possible if we’re willing to dive deep.

Neptune rules Pisces, so if Neptune is in your natal 1st House, you may look similar to a Pisces rising, regardless of what your actual rising sign is. Neptune can bless you with a dreamy quality about your appearance. Big, soulful eyes with long lashes, a wide smile, and a soft round face. The most striking thing about them is that they always look a little vulnerable.

What does Neptune represent?

What does the 1st House Represent?

The 1st House represents who we are to the world. It represents our appearance, our body, the first impressions we give, and our outer behavior. It also represents our temperament and character.