These Five Cusp Signs Have the Most Inner Conflict 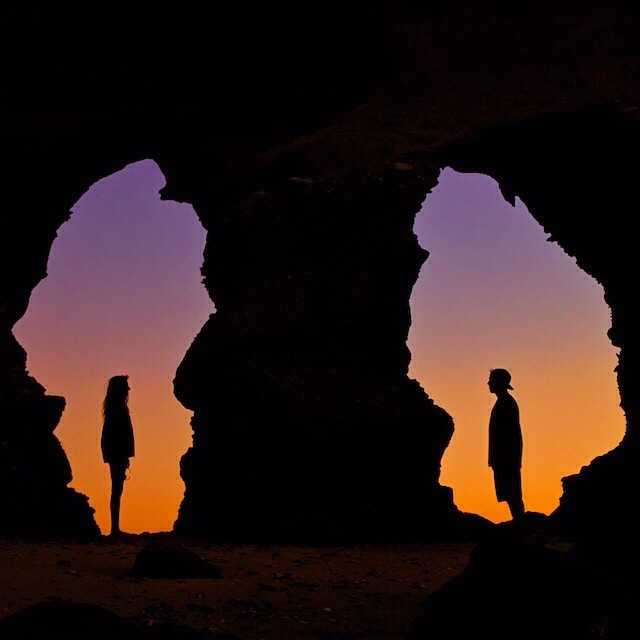 To be honest, the whole idea of the cusp is a controversial one. For some, the notion of being born “on the cusp” of two zodiac signs is ludicrous. For others, it’s a way of life.

Though many people whose birthdays fall right between two different signs will often identify with one over the other, the truth is that traits from each side bleed into one another.

This strange alchemy can end up creating a copacetic sense of inner peace and harmony, as in the case of Sagittarius-Capricorn, who is pretty much the enlightened prophet of the zodiac. Or the Aries-Taurus, whose steely sheer will is tempered by a loving and generous spirit. Or the best-of-both-worlds Taurus-Gemini, whose hardworking charm basically make us all look bad.

And then… not so much. Sometimes, it can feel as though your cusped signs mix like oil and water.

The 5 Cusp Signs With the Most Inner-Conflict

Not sure if you are on the cusp? Find out here!

Unlike their match-made-in-heaven zodiac neighbors Pisces-Aries, those born on the Aquarius-Pisces cusp are often so riddled with symptoms of depression. This is because there are two major aspects of their sun signs that they can never seem to bring into balance: intuition and ego.

This cusp can be super sensitive and nearly psychic with their intuitiveness, but they are also aggressive in their desire to appease their egos. The latter pushes them to be extroverted, but the former often results in a deep need to isolate. While they are goal-oriented, they are also procrastinators. And more than anything else, while they are so sensitive to the needs of others, they often feel completely misunderstood.

For an Aquarius-Pisces, it seems that life can be boiled down to this constant pull between extremes, mixed with an ongoing struggle to feel as though they fit in somewhere.

But, precisely because of these traits, Aquarius-Pisces’ often end up advocates for social causes or on-again-off-again artists in humanitarian fields.

When you combine an emotional Cancer with an aggressive Leo, you get someone who is constantly in a battle with themselves. And, perhaps more importantly, other people.

Similar to neighboring Gemini-Cancer, those born on the Cancer-Leo cusp are super prone to mood swings, constantly trying to temper their desire to be outspoken and confrontational.  When they do get the nerve to speak their mind, they then have to deal with feeling an overwhelming sense of guilt and self-doubt.

Cancer-Leo’s are never quite sure of themselves and have this dual reaction to anything that bothers them: over-sensitivity and over-assertiveness.

Together, the combination can be super tumultuous.

Libra-Scorpios are said to be the “beauty and the beast” sign, and that’s exactly what they are. Like Virgo-Libras, they can often lack self-awareness, they can be super aggressive and sensitive (and then feel tons of remorse for arguing with others) and often struggle just to feel okay with themselves.
This is a super rare kind of person. They are at once desiring of balance and beauty, but at the same time, trying to deal with the deep, intense feelings and jealousies that are quietly running their lives. They are compulsive, and speak their mind, for better and (more often) for worse. They seem to be magnets to drama without ever realizing that they are the ones generating the drama, and while they claim to want passionate relationships and stability, they make it very difficult to create that and maintain it.

Scorpio-Sagittarians are rebellious, loving, adventurous, and social… but their demons can sometimes get in their way.

Though they are perpetual children, and always want to live by a kind of “young, wild and free” attitude, their FOMO doesn’t always beat out their desire to have solid relationships and to love people hard.

Their deepest loves are often their most secretive, and they tend to self-sabotage their relationships out of fear that they could, one day, hold them back in some way.

These folks are appalled by authority, and often develop their own unique career paths that allow them a degree of flexibility and autonomy. They are also stylish, interesting, and the most fun-loving of all your friends.

As long as they can learn to let their need to always be on-the-go stop sabotaging their desire to settle down with the right person in the right place, they’ll find a kind of joy that they never knew before.

This is, arguably, the most conflicted of all the cusps.

While Capricorn-Aquarians are blessed with a wildly rich interior life, it is often this very blessing that creates the most inner-conflict. After all, if you have the best times when you are alone, not talking, and drifting off into lalaland, sometimes getting snapped back into reality can hurt.

Additionally, this cusp can feel at odds with themselves in other ways. Their keen desire for freedom can clash with their need for security. And, their creative spirits can also feel stymied by their need for structure.

They are great communicators, but sometimes, it’s just impossible to explain ennui!