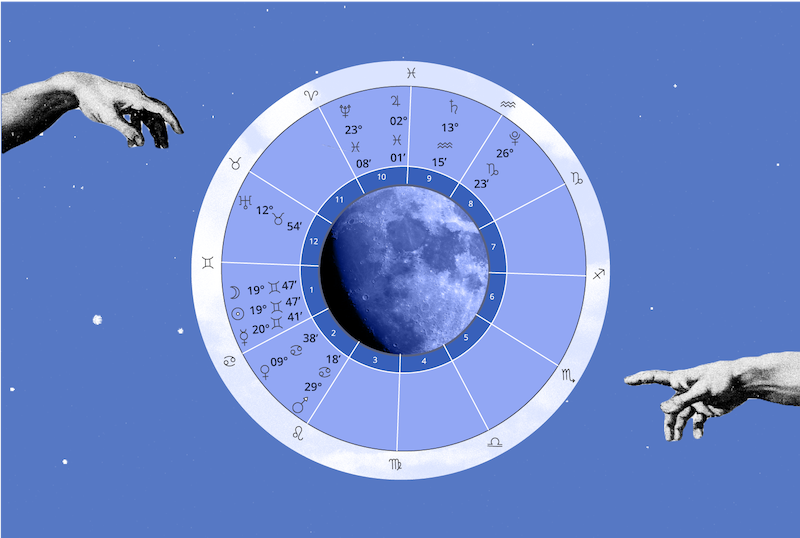 We have arrived! As we prepare to close 2022, there’s yet another seed being planted, setting the tone for the energetic themes we will work with as we transition and go even further into the new year. On Wednesday, December 21 at 1:48 p.m. Pacific Time, we will welcome the Winter Solstice in the Northern Hemisphere. While this annual event brings us the shortest day of the year, it features the sun standing still prior to slowly moving up in the sky, beginning to bring longer days.

As astrologer Lauren Ash describes it, “In astrology, the Winter Solstice marks a time of rest and reflection, as the longest night of the year causes us to look inward and face our shadow selves. This annual event happens around the same time every year—but depending on what’s happening with the planets, the energy and influence can be very different from year to year.”

Astrologically speaking, the Winter Solstice always occurs when the sun makes its annual entrance into the sign of Capricorn, the last of four cardinal signs. To find out how the energetic themes of this year differ from previous years, astrologers look at the configurations present in the sky at the exact second Capricorn season begins.

The Astrological Chart of the 2022 Winter Solstice

The astrological chart of the 2022 Winter Solstice will be active from December 21 of 2022 to March 20, 2023. As the sun begins to illuminate the skies of Capricorn, it heralds a four-week period in which our focus will be on themes around career, success, ambition, tradition, and life purpose. According to Lauren, the fact that “both Mercury and Venus will already be in Capricorn ahead of this transit, we can expect our focus to shift to facing the roadblocks and challenges holding us back head-on.”

Lauren refers to the fact that, Mercury, our cosmic messenger, will already be preparing to go retrograde, on December 29. Unlike most years, in 2022, Capricorn season is not a time to move forward with our goals. Instead, we are being instigated to take a step back and revise our strategy. “The Winter Solstice is oftentimes a challenging but necessary period of time to reflect on where we’re headed in the future. So, give yourself the grace to move slowly, embrace the unknown, and move where the Universe guides you,” she adds.

The luminary of the night, the moon, will be in Sagittarius, an optimistic fire sign. Over the next three months, we will feel warm-hearted and filled with a deep hunger for adventure. However, the moon will be opposing retrograde Mars in Gemini, adding another layer of deep introspection. During the first three months of 2023, we will still be dealing with the past.

Besides strongly highlighting the retrograde of Mercury and Mars, the Capricorn sun will be forming a square with Jupiter, which only entered Aries the day before, on January 20. While squares to Jupiter are considered “benefic” in nature by many astrologers, it activates the energy of Wounded Healer Chiron. According to Lauren, “When the sun moves to square Chiron in Aries from December 27 to January 6, we might find ourselves facing our deepest worries and insecurities regarding our capabilities, authority, and power.”

This square between the Capricorn sun and the Wounded Healer is a window into the future! From February 5 to April 12, 2023, Jupiter will conjunct Chiron, greatly magnifying its influence. In astrology, Chiron represents a deep wound, painful experiences, and even trauma. However, it also relates to the human self-mastery that transforms pain into power. Just like Chiron is the bridge between the inner and outer planets, it is the bridge from darkness to light. As one of the defining themes of 2023, this conjunction will bring a deeper awareness and stronger interest in holistic health and the healing arts. Look at the house in your chart ruled by Aries to figure out how to work with these themes.

The zodiac signs most affected by the astrology of the 2022 Winter Solstice are:

Aries are being asked to look at their shadow and their deepest insecurities. Only by fully processing them will they be able to grow and succeed without hesitation.

Geminis are being asked to transform the way they communicate by noticing the immense power of their inner dialogue. Learning to think before speaking is the key.

Sagittarius natives are being instigated to deal with their emotions in a way that is positive and productive by fully processing anger from the past.

Capricorns are being asked to make a considerable change in their lives, which most likely relates to their roots and foundations, or the way they present themselves to the world.