January Astrology Forecast: Floating in the Liminal Space Between the Past & the Future 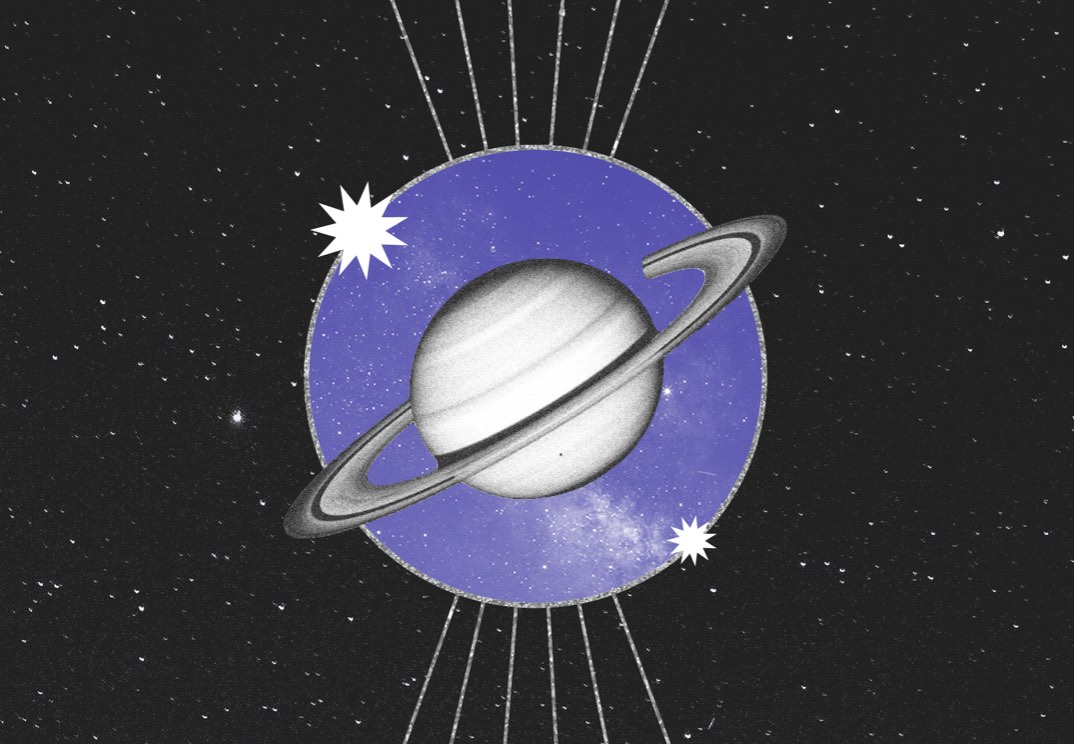 As you enter 2023, take a moment to feel the energies around you! They could easily be described as “weird,”—after all, it’s the beginning of a new year. However, something is preventing us from moving forward: a deep pull to the past.

As we enter January, the Capricorn Sun is forming a trine with futuristic Uranus—but with two natal planets in retrograde (Mars and Mercury), there is still some unfinished business to take care of. As astrologer Lauren Ash puts it, “If you were planning to start the new year off with a bang, you might want to press pause. 2023 begins with a few lingering transits that are still causing some chaos and confusion on a major scale.”

Pluto also comes into the picture, bringing a feeling of “first needing to destroy something from the past so we can feel the power of our future.” Pluto is all about getting real with our shadow and illuminating places of our psyche we rarely get to see or deal with.

Those of us trying to set 2023 intentions might realize we’re quite unsure of what we truly want and desire. Sitting with this feeling of “floating in limbo” might not be easy, but as much as we can, we should try to embrace it. There’s a very specific type of magic in not knowing what’s next, in embracing a true feeling of wonder. There’s value in finding peace in the liminal space between the past and the future. This is where we will be during the first half of the month, so get comfy floating here!

A Full Moon in Cancer

Instead of succumbing to the pressure of “setting ambitious intentions,” the first few days of 2023 are best spent pinpointing what didn’t work for us in 2022. Whether we conclude that this is a bad habit, a toxic relationship, or a self-imposed goal, the time to truly let it go arrives very soon.

On Friday, January 6, we welcome the first full moon of 2023. Happening at 3:08 p.m. Pacific Time in the skies of Cancer, this lunation will instigate deep feelings. We could suddenly realize how much we have allowed our ambition or thirst for success to cloud our judgment. If not taking care of our private lives and overworking ourselves was a theme in 2022, this lunation will expose it.

After all, the sun will be illuminating the career-focused, ambitious sign of Capricorn, the same sign Mercury is currently retrograde in. Yes, we are not only still changing the way we work, we are also changing the way we chase our goals! Big aha moments are in store now, as Mercury’s inferior conjunction with the sun arrives on Saturday, just hours after the full moon. Stay tuned!

Luckily, Venus fulfills her role by granting us calm in the eye of the storm. From January 2 to January 26, Venus will fly in the skies of Aquarius. Ruled by both Saturn and Uranus, Aquarius is the zodiac sign most representative of the human condition of always living in either the past (Saturn) or the future (Uranus).

Having Venus in Aquarius for most of the month will not only “beautify” this uncomfortable feeling of waiting, it will bring a sneak peek of what to expect next! While in Aquarius, Venus will make pretty sweet connections: a sextile with Jupiter in Aries on January 4 and a trine with retrograde Mars on January 9.

Venus will also form a square with Uranus on January 14 and a conjunction with Saturn on January 22, wrapping up the ultra-tense Saturn-Uranus square that brought so much change and tension in 2022!

January’s deeply introspective vibe begins to dissolve around mid-month, when Mars ends its retrograde on January 12. Since October 31, Mars has been transforming the way we express our masculine energy, bringing intense conversations and interactions, unexpected endings, tiredness, and low drive. Now, as it goes direct, we can feel how our minds as well as our bodies needed that break.

From now until January 18, pay attention to what comes up in your mind, as it will be brimming with ideas. Mars will be reporting to retrograde Mercury, so while we don’t yet have the full story, we begin to see in which direction the winds of change are beginning to shift.

On Mercury’s Day, Wednesday, January 18 at 5:12 a.m. Pacific Time, Mercury goes direct in Capricorn. This is when the energy shift will be felt immensely! All the bottled-up can-do energy will bubble up to the surface, ready to tackle new projects and ideas! On that same day, the sun will be conjunct Pluto, activating our thirst for power and success!

The future is finally here! Two days after Mercury goes direct, the sun begins to shine in the sign of Aquarius. We can now think clearly and know what we truly want to manifest in the year ahead. On this day, Venus will be sitting next to Saturn, equipping us with the knowledge that whatever we create now will stick—it will last the test of time.

The very promising new moon of the month and the season arrives as soon as Saturday, January 21 at 12:53 p.m. Pacific Time. As this new moon begins to wax, this is the time to set intentions, make bold moves, and begin anew! “The Universe will be aligned to show you things from a different perspective—so now is a good time to be flexible and open to approaching your problems from a new direction. And when Venus enters Pisces just a few days later on January 26, 2023––you’ll feel more inclined to embrace and express your more carefree, free-flowing side; especially as it relates to love,” Lauren adds.

The Universe will be conspiring in our favor, illuminating the way. Since the sun will be forming a sextile with Jupiter in Aries, we receive the green light from the planet of abundance to charge ahead. For better results, try setting goals that you can accomplish by the time Jupiter leaves Aries, which is May 14.

Uranus—the modern ruler of Aquarius—also comes out of its five-month retrograde this same weekend, on Sunday, January 22. This will instigate surprises, but it will also carry big aha moments and fascinating epiphanies about our future. This is a weekend to clear your calendar and get to work on setting intentions and figuring out your strategy for the year ahead.