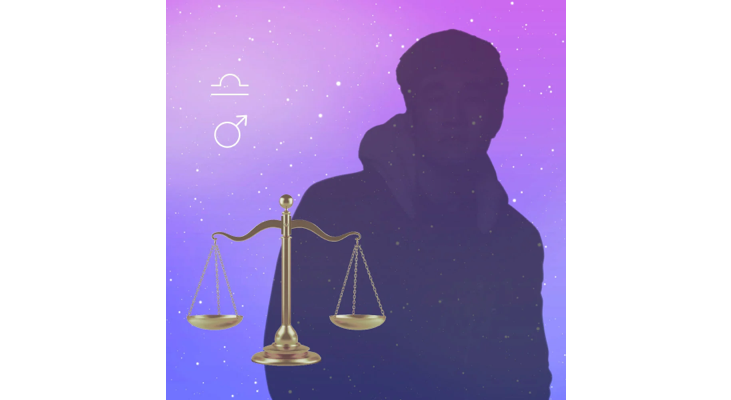 The Libra man is incredibly charming, often gorgeous to look at, entertaining, quick-witted – but ultimately, extremely hard to pin down.

These fellows generally never stay put for long and tend to float between relationships, careers, and friendships like cotton-candy clouds. They leave a sweet taste on your tongue, but they aren’t often the most nourishing or fulfilling connections – unless you encounter the rare Libra man who has really decided to sit down and work on himself.

The commitment to know himself and achieve balance in his own life can create a personality not commonly seen in this sign: true mental, emotional, physical, and spiritual equilibrium. Without this dedication to focusing on internal balance, Libra men can wobble and teeter-totter back and forth from one extreme to another like a lopsided seesaw.

As the only zodiac sign represented by an inanimate object (the Scales), it can be hard to remember that a Libra man is only human and that it’s sometimes hard for him to connect to his own humanity.

A Libran male is the ultimate bon vivant, a fairy prince who flits from scene to scene creating stirs and causing little dust-ups before inevitably disappearing in a puff of pixie powder. He’s a natural poet who loves composing lyrical odes to utopian ideals of truth, unity, and beauty. And it’s a perfect world, a castle in the air that he builds over days of lazy daydreaming and doodling, woolgathering and noodling – but in the end, what does he have to show for all his beautiful ideas? Sometimes not enough.

Creating something real from his brilliant inspirations and building a concrete platform for his visions will help this optimistic Libra man commit to being a part of something that will have greater meaning for him in the long run – which can be hard to imagine for this man who tends to live completely in the moment.

THE LIBRA MAN: LOVE AND SEX

A hopeless romantic who often prizes a poetic ideal over the gritty truth, Libra finds his rose-colored glasses getting in the way of seeing a situation for what it really is.

It can be hard for his partners to live up to the lofty pedestals he loves to place them on. The harsh angles and lessons of real life are distasteful to this prince of the air. (Curious whether or not you compatible with your Libra man? Find out here.) Decisions can be tricky for a Libra man, who constantly fears making the wrong one and committing in the long term to a lover who will eventually reveal his or her inevitable flaws and disappoint him – or worse, who will see through his superficiality and realize that sometimes there’s not much to back up all the flowery words and sweet talk.

For this reason, Libra men have a habit of stringing several (or more) people along at once – often without even realizing what they are doing. An artistic or mental connection can easily slide into flirtation or an emotional affair. Because many of these are conducted online or over text and are usually over long distances, most of his fleeting romances (often with several people at once) are never consummated or physically acted upon.
A Libra man hates to be alone and fears actually having to deal with himself and his own deeper motivations and emotions; thus, he turns to distracting dalliances with multiple partners to keep his own demons at bay. When in a committed relationship, a Libra man can be a total dream: an attentive lover who will flatter you with compliments and gestures of his deep appreciation for all that you represent to him. As long as he can iron out his own internal conflict between a passionate desire for freedom and a natural longing for partnership, marriage can endure as a true lasting union. If he can be real with himself, and honest with who (and how) he loves, romance with this lovely air sign can be a fantasy come to life.

The ultimate social butterfly, the Libra man may not spend enough time at home to really make it his own. But when you are invited into his living space, you will find it clean and tidy, with lots of clear surfaces and mood lighting. Even in a relatively simple space, this air sign will take pains to create a sense of ambiance that lends itself well to romance.

Libra personalities desire equilibrium and harmony above all else, and will feel uncomfortable unless everything in their personal area is perfectly symmetrical. If your Libran domestic partner comes home to find that you’ve moved all the furniture around so that the bed is off-kilter from the window and the dining room chairs are scattered about willy-nilly instead of placed carefully around the table, you may see cracks begin to form in his generally calm and placid demeanor. Mess and disarray offend Venus-ruled Libra men, who prize beauty and appearance sometimes over functionality and basic human needs. If you cook dinner in his kitchen, clean as you go, and don’t leave a pile of dishes sitting until the next day – otherwise, those sensitive Scales may start to twitch.

Libras may enjoy stylish modern decor and collect designer goods that may look dated after a few years. White carpets or Lucite chairs may not hold up for the long run, especially if there are little ones in the household. The artful set dressing of a male Libra’s home may seem like an unlikely space to raise kids, but this dedicated air-sign papa will prepare a harmonious space for learning and growing. Libra men crave balance in their household, and find conflict and arguments extremely upsetting – so don’t be surprised when they retreat into their office or out the door when there’s tension in the air at home.

In the workplace, Libras are idea men, always ready to put their analytical minds to use brainstorming and delving into the world of inspiration. These guys really shine in visual fields like photography and film, or merchandising and design – areas where look-and-feel influences how the brain interprets meaning. Advertising and creative teams tend to be stacked to the gills with eager Libra men sketching out style guides a mile a minute. Often their ideas flow faster then they can tack them down, so it can be ideal if they’re in a position to have people working under them to transform the ephemeral into the actual.

Fame and notoriety comes naturally to these pretty boys who can make careers based on their charm and their looks, and all the better if they have the raw talent and drive to back it up. Many famous Libra men fashion a persona for themselves to build up around the ordinary man underneath – Sting, Snoop Dogg, Flea, Divine, Meatloaf, Eminem and U2’s The Edge come to mind, men who we know by the icons they project outwardly. Who are the men behind that glittery curtain? Maybe they’re the only ones who know for sure.

Good with words, flow, and improvisation, Libran men shine when geared toward acting or music. All the world’s a stage for these charmers, who love to have all eyes transfixed on them. As long as there’s a message and meaning behind the facade, a Libra stands a chance of being more than a passing flash in the pan.

The Libran trait of indecisiveness means they tend to vacillate between three or more vocations might make this man look like a jack-of-all-trades, but read over his resume and you might find the master of none.

Libra males are the peacocks of the zodiac, foppish dandies with penchant for pretty colors and unusual prints. These stylish guys love dressing up in all the latest fashions, and will often wear hues and looks that most men wouldn’t be able to pull off – but for this mutable Venusian air sign, the unusual becomes quite usual. These adorable clotheshorses may have closets to rival even the most fashion-conscious females in their life. Hats and scarves are everyday accessories, as are eye-catching sunglasses, and since Libra men are always misplacing all of the above, they will definitely be pleased when you pick new ones for them (even if they already have a closet full).

Quality isn’t necessarily the most important here – novelty will win out every time for a trend-obsessed Libra man, so it’s probably best not to spend a mint on something that you’re hoping they’ll keep and treasure forever.

Similarly, antiques and heirlooms may feel like too much of a heavy responsibility to them – so maybe skip passing on your grandfather’s engraved pocket watch and instead pick out a bunch of bizarre socks with pineapples and poodles. They’ll get a kick out of gifts with humor and wit – especially something that references a private running joke between the two of you.

Libra men love art and design, so beautiful, glossy coffee table books and trips to modern art museums or performance events will delight them. They always want to go see all the shows, films, and musicals that are being discussed in the news and on social media, so season passes or gift cards to their favorite movie theater are sure to please.