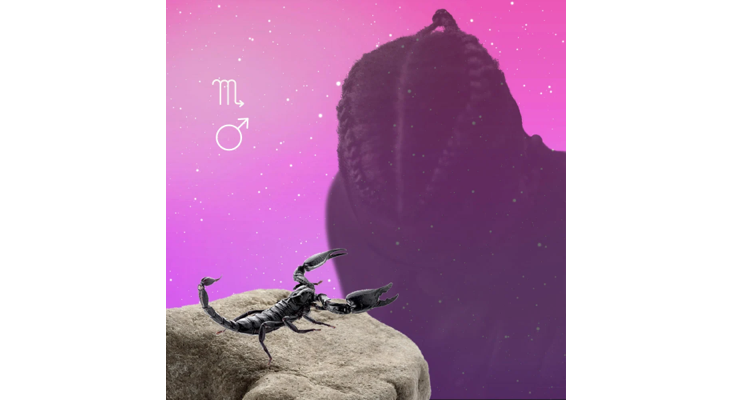 Scorpio men have a reputation for being the bad boys of the zodiac.
Generally characterized as brooding loner types who favor long black trench coats, these guys are often in a band, ride a motorcycle, or practice some form of dark magic – or, sometimes, all of the above!

Not all male Scorpios you meet will fit this mold, of course, and many will surprise you with their distinct lack of spookiness and easy warmth.  But it’s rare to meet a Scorpion man who doesn’t at least in some way rebel from the norms of society and have some dealings with subcultural elements or spirituality. These guys are known for having seriously intense personalities, with their piercing eyes that seem to look right through you. A Scorpio will hang out on the sidelines, always watching what everyone else is doing while plotting his own plans.

Planning what exactly, you may ask? Well, the truth is, they may not even know, but they can’t help themselves from doing it all the same. Life for these men is like a giant chessboard – and they prefer to strategize carefully, always staying seven steps ahead of the game. Not much for small talk, a Scorpio man will saunter into the party and quietly observe the action. Don’t let his reticence trick you into thinking that he’s not paying attention – even the smallest details are filed away for later use, especially if he’s taken an interest in you.

Still waters run deep with this one, so make no mistake – most Scorpios have deep-seated emotions and are incredibly sensitive, even though they may seem like the most confident guy you’ve ever met. Passionate, mysterious, and unbelievably romantic, Scorpios represent Pluto, the God of the Underworld (and one of their planetary rulers, along with Mars, God of War).

There’s nothing tame, boring, or vanilla about these fellows, so get ready to explore the depths with them if you decide you’re ready to go there.

The darker aspects of human sexuality and love often come to the forefront when dealing with a Scorpio man. He loves to delve into his partner’s innermost fears and secret desires, and to find the spaces within them where they are most vulnerable.

Within moments of meeting this guy, you may find yourself divulging all your deepest secrets. When in love, Scorpion men are known to be notoriously jealous and possessive, even displaying stalker-like tendencies once you’ve walked away. This is because, like wolves, most of these guys desire a mate for life – and if they’ve connected to you deeply, and really let you in, they want to keep going all the way. Casual dating and meaningless relationships rarely appeal to these men, who love in a way that is fiercely devoted and all-consuming. Once you’ve committed to each other and you’ve been allowed into his inner sanctum and the private recesses of his heart, he will treat you like the royalty you are and lavish his sensual talents on you until you’re gasping for mercy.

Scorpios can be extremely severe when displeased, often saying things that feel unnecessarily harsh or final when they feel backed into a corner. The venomous sting of a betrayed Scorpion’s tail can be incredibly painful, so it’s best to treat them with care and love once you’ve earned their trust. They are quick to leap to conclusions or be fatalistic about the relationship, and it can be difficult for them to take things slowly. Falling in love with a Scorpio is always a dive into the deep end, so strap on your scuba gear and prepare to see what wonders lie below.

Curious if you’re compatible with your Scorpio man? Find out here!

Visiting the home of a Scorpio man might feel a bit like entering the Batcave – replete with a control center where he tinkers away at his computers, secret hidey-holes for all his favorite treasures, and a little lair where he sleeps (and does other things that involve a bed).

This man’s bedroom may be a space you won’t be invited to enter unless you’ve really proven that you want to know him deeply. Many Scorpio men will construct elaborate canopies around their bed to block out light while they sleep or to create an insular and intimate environment for sexual explorations.

This lair-like theme may extend to other rooms of his house, with heavy draperies over the windows and dark-painted walls. Natural light isn’t often super important for these nocturnal creatures who may be much more interested in showing you their night light that projects stars all over the ceiling, or screening movies with their own projector.

Once you’re in their space, with its deep, velvety sofas that seem to suck you in and hold you fast, you may feel like it’s hard to leave – like a soul trapped in the god of the underworld’s dark domain.

When it comes to parenting, a Scorpio man may not seem like a natural candidate for fatherhood, with his air of intensity and solitary ways. Scorpio men tend to project self-reliance and intrigue, leading you to believe that they don’t really need you – or anyone else for that matter – but lone wolves rarely survive for long. The Scorpio dad needs a pack to protect, connect to, and share with.

Being a partner and a dad can provide an anchor and a sense of purpose to this deeply emotional soul who often feels isolated and misunderstood.

Scorpio men are infamous for being reclusive geniuses, best when left to their own devices to intently focus on the work at hand. If you can trust their voracious intelligence and relentless work ethic, they will come through every time – but try not to micromanage or give them the idea that you don’t trust them because they can’t help but take that sort of thing so personally that it might completely disrupt the work environment.

The traits of these extremely independent guys don’t make the best team players, so it may be ideal for them to work remotely or have a secluded office away from the hustle and bustle. Open office plans without even a cubicle for a semblance of privacy might raise their hackles constantly, and they may develop a reputation for being ornery, curt, or overly harsh.
Their sense of humor can be majorly sarcastic, even cutting, and not everyone will take kindly to their jokes. Scorpio men love to get inside your head and delight in playing mind games. Like a spider in the center of a web, these devious masterminds always play the long game and will pit players against each other. Political science and corporate intrigue are areas where male Scorpions naturally shine, as well as research fields and documentary film making. They’re happiest anywhere they can be behind the scenes, analyzing information and silently orchestrating their complex webs in peace.

With finances, Scorpio men may enjoy playing the stock market or investing in intricate money-making schemes. They may have funds socked away in secret accounts for emergencies, and they might not always be completely above board in their financial dealings. Inheritance often plays into their stories, but they may never be explicit about how much they’ve received or from what source.

While covert dealings don’t always indicate shadiness, these guys are very private about their personal business and don’t like to have their information available for everyone to pick over.

Shopping for the Scorpio man may be a little tricky, because he may not be forthcoming about what it is he really wants. The ever-elusive Scorpio really and truly wants you to be able to read his mind about his innermost desires – and if you fail, prepare to experience a prizewinning Scorpio sulk.
The best advice? Pay attention. He may not drop subtle hints or circle things in magazines he leaves lying about, but keep a closer eye on what he lingers over while you’re window shopping together, or what he buys for himself.
He expects and assumes that no one really knows him or will bother taking the time to deduce his secret wants, so if you can solve his cryptic riddle, you’ll win major points of respect and appreciation with your Scorpion man.

The Scorpio personality loves to think about deep and often difficult subjects, so books or documentaries on psychology, religious cults or occult subjects, true crime, unsolved mysteries, war, and incredible heists will often fascinate them. They are captivated by the intricacies of the human mind, heart, and soul, as well as the classic Scorpio fixations on sex and death. Rebirth and regeneration are major themes here, and they may be fascinated by stories of life after death, reincarnation, and near-death experiences.

Games of strategy like chess will engage their minds, and they would be even happier if you’ll take time to play with them. When buying them clothes, you won’t go wrong with black or red, and they tend to like scents that are warm and spicy. Jewelry usually appeals to a Scorpion man, especially something from a far-off land – like heavy amber from Africa.