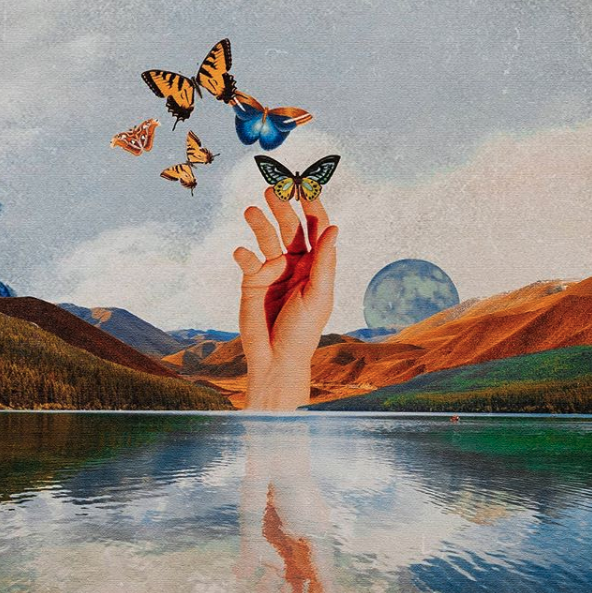 As we enter June, we are still under the beams of the new moon in Gemini, which occurred on May 30. With eclipse season (finally) being over and the moon now gaining light, the astrology of June provides the perfect terrain to integrate all the movement that took place in April and May. While the overall theme of “great change” that characterizes 2022 remains active, the natal planets will be in stronger positions, helping us achieve more of our goals.

On June 3, Mercury goes direct in Taurus—but because Mercury will be locked in a square with Saturn as the teacher planet prepares to go retrograde the next day, the first few days of June won’t be the easiest. Intense conversations and clashes with authority figures will remain the norm until Mercury leaves Taurus to enter Gemini on June 13. If possible, leave the signing of any contracts or important deals for mid-June, as our minds will be in a much stronger place then. Mercury rules Gemini, so for the second part of the month, we will be able to think clearly and make decisions based on facts and logic.

On June 4, Saturn begins its retrograde, which will last until October 23. While the beginning of this retrograde cycle will be intense, slowly but surely, Saturn will begin to lose its power. When planets are retrograde, it’s as if they were “sleeping,” which is good news for all who have been struggling lately. I am looking at you, fixed signs: Taurus, Leo, Scorpio, and Aquarius.

While Saturn is retrograde, do expect many blasts from the past in the area of your chart ruled by Aquarius. As the ruler of time, Saturn brings people and situations back for closure. This is especially true with Saturn currently squaring the Lunar Nodes of Destiny, which are currently in Taurus and Scorpio.

The absolute best part of the astrology of June is that Venus and Mars, the cosmic lovers, will be in strong positions in the sky. Mars will be in Aries all month and Venus will be in Taurus until June 21. Together, they can help us conjure the perfect magic love potion that will help us attract not only love and romance, but also more money and new friendships.

Manifesting love in June, however, will take a completely different form this year. During its journey through Taurus, Venus will be impregnated with the energy of Uranus, the planet of the future. For this reason, the new relationships we feel attracted to will have an exciting and freedom-loving tone to them. Taurus tends to be a possessive sign, but Uranus in this sign has been teaching us to loosen our grip and expand our view. And in June, the transit of Venus in Taurus will reaffirm the new ways in which we are choosing to connect with one another. This energy will be especially strong between June 6 and June 15, so expect surprises in the realm of romance around this time.

A Full Moon in Sagittarius

This month’s full moon arrives on Tuesday, June 14 at 4:52 a.m., as the Moon in Sagittarius sits across the Sun in Gemini. In the zodiac wheel, this is the mental axis, capturing the themes that lurk within our own communities but also society at large. This lunar event will challenge us to think big and open our minds. However, with Neptune’s fog being involved in this lunation and the astrology of that entire week, it will be hard to distinguish what’s real from what’s not. Avoid making important decisions around this full moon, as you might not have all the pertinent information to do so.

When it comes to honoring this full moon, it’s best to opt for creative outlets like dance, music, and meditation. The finality is to keep Neptune’s hunger for art in check so that the planet of confusion doesn’t get the best of us. Divination practices like Tarot or channeling could even be deceiving at this time, so it’s best to leave those for another time.

The astrology of June goes through a complete shift on June 21, when the Sun enters Cancer, and the Summer Solstice arrives. When pulling the astrological chart for this very crucial moment in time, the main astrological signature that stands out is the luminaries, the sun in Cancer and the moon in Aries, being in a square with each other. This means that over the next few months (until the fall arrives), we will run into many different situations that will have us reconcile our ego (sun) with our emotions (moon). Our feelings will be intense and fiery—and at times, it will be hard to contain them. Everyone living in the Northern Hemisphere will be living under this astrological umbrella.

A New Moon in Cancer

June’s new moon arrives on Tuesday, June 28 at 7:52 p.m. Pacific Time. Being the first new moon of the summer, this lunation will set the tone for the season ahead. Happening in water sign Cancer, this lunation runs deep, most likely heralding an emotional time for many of us. Being the sign of the divine mother, Cancer brings us themes around security, ancestry, and roots. It’s been a year of massive change, and if we have been failing at taking care of ourselves, this new moon provides the perfect terrain for a new beginning.

As far as the planetary connections featured by this new moon, a square with Jupiter in Aries creates the necessary tension to drive us to act. However, since Jupiter expands everything that it touches, we could be overly positive in our ambitions. Under this new moon, set the new intention to “mother yourself,” but don’t set yourself up for failure.

Fortunately, there will be divine feminine energy at our disposal, thanks to Black Moon Lilith aligning with both, the sun and the moon. This makes for a fabulous opportunity to get witchy and channel inspirational guidance from beyond the veil.