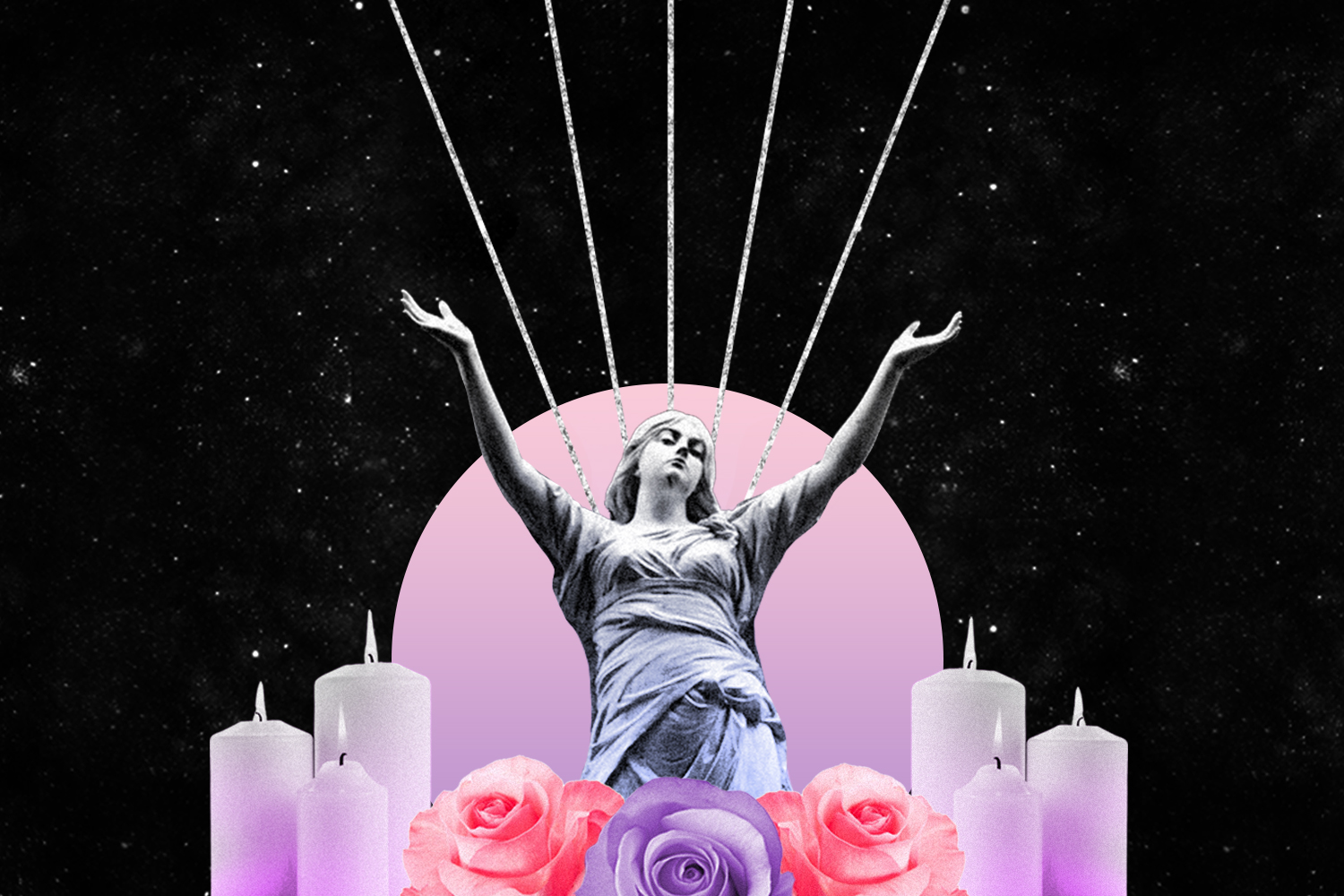 It’s here, the last month of 2022! November brought a double dose of unpredictable energy by combining the influence of Uranus and eclipse season. December will feel quite different, as some of the planets will be moving from mutable fire (Sagittarius) to cardinal earth (Capricorn). As the ambitious energy of the Sea-Goat begins to take hold, we might fall into the trap of wanting to push forward certain goals. But remember, Mars is still in retrograde—only to be joined by Mercury at month’s end!

With two natal planets moving backwards in the sky, December is much better spent in deep reflection. December’s planetary protagonists are Neptune, retrograde Mars, and Chiron, meaning that things will not be what they seem to be. Before we enter 2023, the universe requests that we focus on healing, which will require honesty and courage on our end.

We begin the month with master illusionist, Neptune, waking up from a long retrograde. Since June 28, Neptune has been bringing reality checks our way. Some of us have been waking up to painful realities we didn’t want to face or see. As Neptune goes direct on December 3, the rose-colored glasses could easily come back on with both Venus and Mercury squaring it from the last degrees of Sagittarius. Being active from November 28 to December 7, these deceiving squares could make business dealings and relationships tricky.

On December 14, the sun will also square Neptune, but by then, Neptune will be fully direct and no longer stationing. Prepared with the knowledge that in December, you won’t have the full story, thread with care. Practice healthy discernment and ask yourself: “Am I seeing what I want to see, and not what’s real?”

December’s full moon arrives early in the month, amping up the mutable energy in the sky. Since November 22, the sun has been shining brightly in Sagittarius, restoring our faith after eclipse season. With its eternal, legendary optimism, the Archer asks us to truly trust—an attitude that will be very useful at this lunation.

On Wednesday, December 7 at 8:08 p.m. Pacific Time, the moon will become full at 16 degrees of Gemini. Since the moon will be right next to the red planet, this is a crucial moment along our Mars retrograde journey. Major “ending” vibes surround this lunar event, as Mars’ job is to “separate.” Juno, the asteroid of commitment, also comes in to form a T-square with the luminaries, from its current position in Pisces. For those with planets between 10 and 20 degrees of the mutable signs (Gemini, Virgo, Sagittarius, and Pisces), something we have been committed to is ending. Let it go!

A shift in energy occurs on December 21 at 1:48 p.m. Pacific Time as the sun enters earthy Capricorn, heralding the Winter Solstice. From now on, the days start becoming longer, a moment a lot of us await. For the next four weeks, we will all embody the stern, masterful attitude of the sign of the Sea-Goat. We will take a serious approach to life, especially because by then, Venus and Mercury will already be in this same sign. Mercury enters Capricorn on December 6 and Venus follows on December 9. From December 27 to January 6, the sun will be squaring Chiron in Aries, a time in which we will all focus on facing our deepest insecurities around career, success, and authenticity. The great news about the astrological chart of the Winter Solstice is that the sun will be squaring Jupiter, a promising vibration that will prevail for the next three months!

On December 20, one day before the Winter Solstice, Jupiter enters Aries, a territory it explored between May 10 and October 27. The planet of growth leaves its traditional home sign of Pisces, to report to Mars retrograde. For those who don’t buy into the illusion of pushing their agenda or chasing lofty goals, this shift can be very positive. Under this combination of energies, what Jupiter wants us to do is to embody the archetype of “the spiritual warrior,” seeking answers within.

If you find yourself getting impatient this Capricorn season, know that in 2023, we will all experience growth—but first, we must go within and face the masculine side of our shadow. Doing this work now will transform and reinvigorate your passion in the year ahead.

A New Moon in Capricorn

December’s new moon arrives when the moon catches up with the sun, in the sign of Capricorn, on Friday, December 23 at 2:17 a.m. Pacific Time. Following on the endings that the December 7 full moon brought, this lunation brings a new beginning for our relationships. The luminaries meet in the first degree of Capricorn, known as the “anaretic degree,” a place in the sky poised for action.

At this moment in time, both Venus and Mercury will be forming a beautiful trine with Uranus and the Lunar North Node of Destiny in Taurus. This shifts our perspective around relationships, with the realization that those that don’t hold space for freedom… must end.

As if the introspective vibe wasn’t enough, our cosmic messenger, Mercury, goes retrograde on December 29 at 1:32 a.m. Pacific Time, in Capricorn. That’s right! We will ring in the New Year with Mars and Mercury in retrograde motion. When the retrograde of two natal planets overlap, we are in for big shifts in our perception of reality. Set aside the pen and paper, and instead of writing a list of resolutions, watch, observe, and reflect. Mercury will remain in retrograde motion until January 18—so only until then we will know for sure what we truly want in the year ahead.

In the industrious sign of Capricorn, Mercury asks serious questions, not only about career and resources. At its highest vibration, retrograde Mercury in Capricorn will lead you to ask yourself: “What is truly my role in this vast world?”, “Is what I am doing useful to humanity?”, or “How can my work or career have more meaning?”