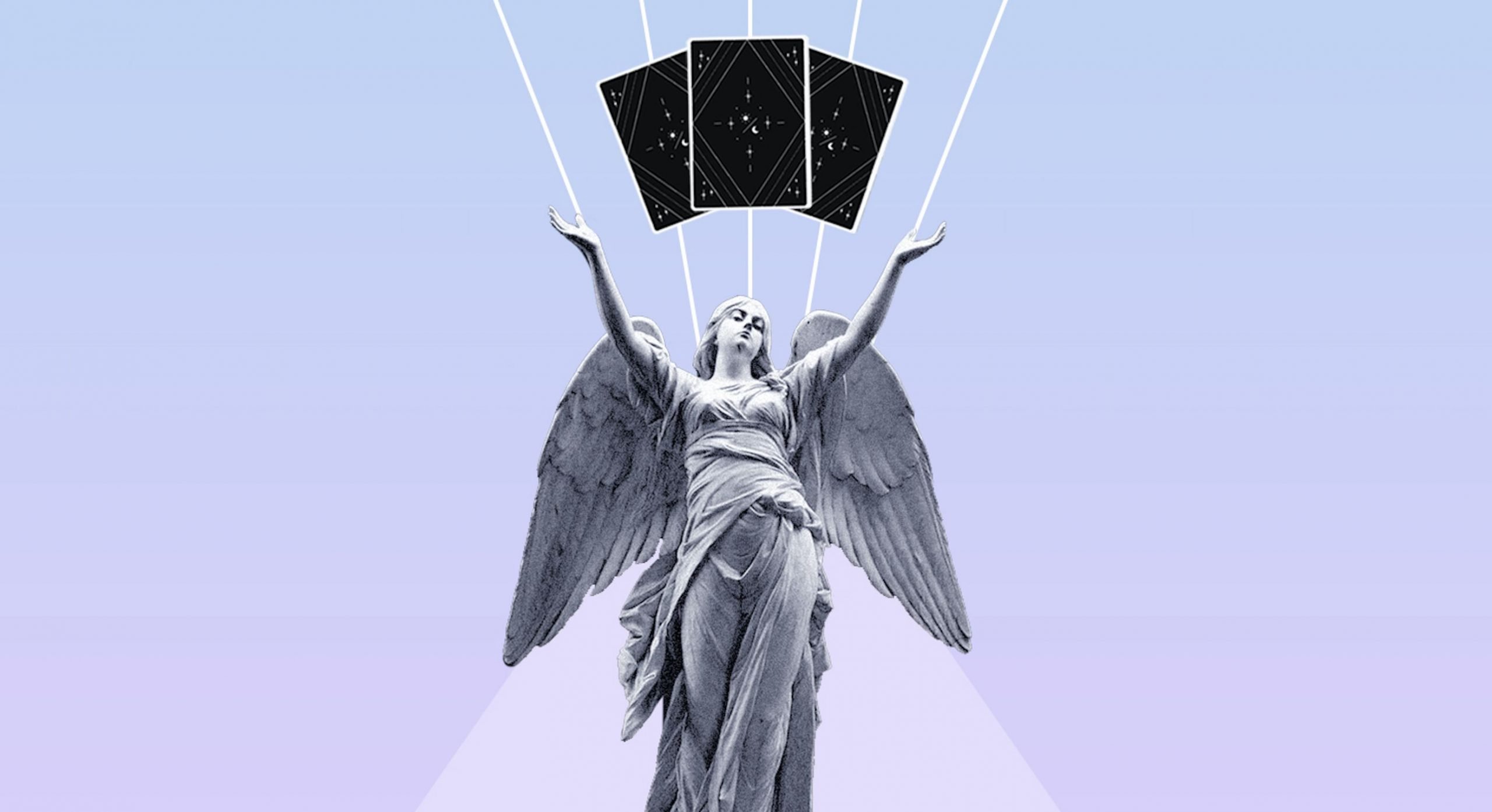 If you’re wondering about all the Tarot card names, whether suits come first, and which cards are in the Major and Minor Arcana, we’ve got you covered.

Here, we’ll go over the 22-card Major Arcana as well as the 56-card Minor Arcana. If you’re learning how to read Tarot cards, one of the fastest ways to learn is to get a professional Tarot reading!

We count the Major Arcana first because it represents the big-picture view of the Tarot deck. It discusses larger-than-life moments and life-altering events—thus, it sets up the “journey ahead” for the reader.

The Minor Arcana represents the smaller in-the-moment parts of life. It is composed of four suits: Wands, Cups, Swords, and Pentacles. As mentioned above, each of these suits represent an element and, therefore, one of the four zodiac signs.

The order of the suits depends on the reader you’re talking to. In this case, we’ll use the suits as reference zodiac wheel. The order of the elements goes like this: fire, earth, air, and water. So, the suits follow in respect to the element it represents: Wands (fire), Pentacles (earth), Swords (air), and Cups (water).

The suit of Wands represents the element of fire and all fire signs: Aries, Leo, Sagittarius.

The Pentacles suit in the Tarot represents the element of earth and all earth signs: Taurus, Virgo, Capricorn.

The Swords suit in the Tarot represents the element of air and all air signs: Gemini, Libra, Aquarius.

The Cups suit in the Tarot represents the element of water and all water signs: Cancer, Scorpio, Pisces.

How many cards are in a Tarot Deck?

There are 78 cards in a Tarot deck. However, it should be noted that this is different from an oracle deck—which has a different amount of cards per deck.

How many Arcanas are there in a Tarot deck?

There are two sections in a Tarot deck: Major Arcana and Minor Arcana.

How many cards are there in the Major Arcana?

How many cards do you draw for a love reading?

That all depends on the kind of love reading you are performing! You can pull cards for all sorts of spreads. They can be as little as one card and as big as ten cards. Before you read for yourself or someone else, consider your skill level. If you’re just starting out, 3 to 5 cards in any reading is always a good start.